Climate change: causes, effects and solutions to limit it

Since the last decades, the climate change has been well felt. The effects are visible. Generally, greenhouse gases are essential for the regulation of the climate. However, human activity has caused a real increase in its quantity. As a result, the warming of the earth's surface is felt. Again, the natural climate balance has been modified. It must be said that all sectors are impacted by this large-scale problem. The following information will surely help you to understand the details of the subject.

It is important to know that part of the energy transmitted by the sun to the earth that is not reflected by the atmosphere is absorbed by the earth's surface. This one heats up in effect. In turn, the atmosphere and surfaces also emit infrared radiation. In turn, clouds and some gases absorb the radiation. This is called the greenhouse effect. If some of the energy is emitted to the universe, the Earth's temperature adjusts. Unfortunately, human activities can cause an increase in greenhouse gases. Some of the radiation will then be trapped. This will increase the surface temperature. This phenomenon has been going on for the last decades.

As previously stated, human activities, particularly the industrial revolution, have been the main cause of cause of global warming. This includes the increase of carbon dioxide in the atmosphere from deforestation, oil, gas combustion ... But in addition to CO2, there is also methane CH4 which is emitted by oil operations, flooded rice fields, ruminant farms ...

The effects of climate change

For many years now, the IPCC has been analyzing the state of global climate change. The group has already confirmed the visible effects of climate change.

Studies have shown in 2015 that the global temperature has increased by 0.74 %. Sea level rise has also begun. Temperatures, especially in summer, have also increased. Again, the surface waters of the oceans have also seen their acidity increase significantly.

In addition to assessing the current state of climate change, the IPCC also analyzes the impacts of this phenomenon in the future. According to the group, many aggravated climatic phenomena are in sight such as the intensity of extreme weather events like droughts, storms, floods... Many ecosystems will also be disrupted with the disappearance of about 30 % of plant and animal species.

In addition to the previous problems, crises associated with food resources may also occur due to the lack of resources because of the decrease in agricultural production. Generally, the impacts of climate change may be different from one region to another, but what is certain is that all countries in the world will be affected.

Accessible solutions to remedy this

Of course, the IPCC forecasts are numerous and heavy. However, it is possible to deflect these phenomena by reducing the impacts now. Every citizen of the world is concerned.

To remedy this, the priority challenge would be to limit as much as possible the greenhouse gas emissions that are the main causes of global warming. Generally, everyone can contribute to this fight by reducing energy consumption and waste. It is indeed necessary to make some changes in lifestyle, namely to ensure the insulation in its home, to use energy-saving appliances, to avoid as much as possible the travel in aircraftby scooter or by car...

With international conferences such as the Conferences of the Parties or COP, leaders are opting for drastic measures so that society is fully committed to this fight for the well-being of the planet. They will have to incite industrialists even more to modify the manufacturing processes. The expected actions involve saving energy, reducing packaging and also the weight of raw materials. 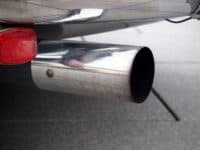 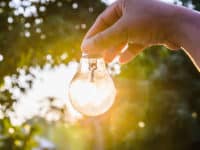 How do you fix a water leak yourself?

Description of the hygrometer