Do Bach Flower Remedies and diet help with learning disabilities?

According to a recent study, different foods trigger different behavioral problems and should be monitored.

Ritalin is widely used to treat children with ADHD, but an article in the Lancet suggests that a change in diet may be just as effective and offer alternatives to ritalin.

Children with attention-deficit/hyperactivity disorder (ADHD), who are impulsive, inattentive, and unable to sit still, should be put on a restricted diet for several weeks to determine if particular foods are the cause, scientists say today.

Some foods and additives may aggravate the behavior of some children, although the National Institute for health and clinical excellence state that there is no evidence that eliminating fatty acids, food coloring or additives will help.

A paper published today in the medical journal establishes that diet is responsible for the erratic and challenging behavior of children with ADHD in many cases, although it is likely that different foods trigger behavior problems in different children. These findings will likely be welcomed by those concerned about the amount of medication given to children with ADHD.

Dutch researchers put 50 children with ADHD on a "restricted elimination diet" of foods with the lowest possible risk of allergic reaction - a combination of rice, meat, vegetables, pears and water - that was tailored to each child's preferences. A second group of 50 children were not put on a diet, but their parents were counseled on healthy eating and asked to keep a diary of everything their child ate.

What can we conclude about the impact of diet on learning disabilities?

The behavior of 78 % of the 41 children who went on the five-week restricted diet phase improved, while that of those who did not go on the special diet remained the same.

The researchers then tried adding specific foods high in immunoglobulin G (IgG), antibodies known to trigger allergic reactions, to the restricted diet. They then added foods low in IgG - to see if blood tests for antibodies could be used to identify foods that trigger ADHD. However, 63 % of the children relapsed, and there was no difference in response to the low- or high-IgG foods.

The researchers conclude that - although food sensitivity plays a role in ADHD, it is not caused by an allergic reaction.

Thus, dietary intervention should be considered for all children with ADHD. This is provided that parents are willing to follow a limited elimination diet for a period of 5 weeks and that expert supervision is available.

Children who respond favorably to this diet should be diagnosed with food-induced ADHD. They should undergo a screening procedure to define which foods each child responds to, increase feasibility and minimize the burden of the diet. In children who do not show improvement in behavior after following the diet, standard treatments such as medication, behavioral treatments or both should be considered.

The experts behind the study welcomed these results. This study provides further evidence of the potential value of dietary approaches to the treatment of ADHD. It is a condition that disrupts family life, interferes with a child's ability to maintain friendships with other children, and puts him or her at risk for longer-term problems with academic achievement. Many parents are reluctant to resort to medication and it is important that alternatives such as a few foods approach may prove effective.

Good advice to be in shape and fight against fatigue

But Professor David Daley, from the University of Nottingham's Institute of Mental Health, said there is still work to be done. Scientifically, I think this paper offers excellent evidence about another possible underlying cause of ADHD, but it would be premature to conclude that such a dietary intervention would be of any clinical benefit to children with ADHD and their parents. We need to know more about the cost of the intervention, the motivation of parents to make it work, and how easy it is for parents to get their child to follow the diet," he said.

Some Bach flower recipes to help your child 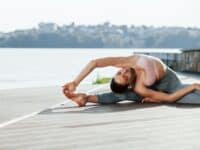 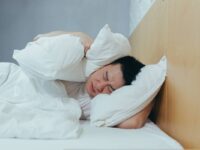 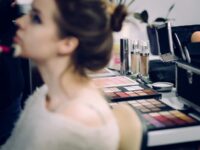 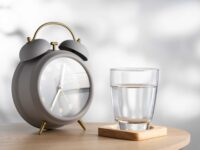 Stay in Canada to enjoy the attractions of Vancouver

How to properly install a boiler?