How much do you need to budget for space tourism?

Home " Leisure " How much do you need to budget for space tourism?

What differentiates man from the other creatures that populate the earth is his curiosity. And when it comes to space, this curiosity is even more advanced. This desire to understand, but especially a secret desire to explore does not date from today. It is a giant step that humanity has made by sending a man for the first time in space. Since then, the visits have multiplied, until today we want to democratize space travel.

Space tourism: a dream for the wealthy?

We can hear that visiting space for tourism purposes is now accessible to everyone. More and more ambitious groups are doing their best to make this a reality in the short term. Like any other tourist trip, space tourism has of course a cost.

The first person to do it as a tourist was Denis Tito in 2001. To make his dream come true, however, he paid a lot of money for his ticket. In all, the round trip cost him 20 million euros. This astronomical sum did not prevent many people from following suit.

If it was necessary to count millions to afford a ride in space, it is not totally the case today. The price of the ticket has dropped drastically. This is due to the determination and ambition shown by companies such as SpaceX, Blue Origin, CosmoCourse belonging to the UMMC holding company via Andrey Bokarev or Virgin Galactic.

How do I register at Vegas Plus online casino?

To offer this space visit, it is necessary to pay today nearly 250,000 $. This represents almost 90 % less than the price of the last two decades. Despite this, it would be dishonest to believe that everyone can afford such things. It should also be remembered that the experiment lasts only a few minutes, twelve minutes in all, six of which are in zero gravity.

Can we expect a further reduction in ticket prices?

In the current state of affairs, it is clear that not everyone can claim to go into space. Only a privileged few can actually do it. However, since 2001, we have noticed a big drop in the price of going into space. With the investments that are made in the field, we can expect a drop in prices in the near future.

However, when one considers the means that are deployed to make a rocket take off, one can remain sceptical. The space agencies agree to say that the ticket fixed at 250 000 $ hardly allows to make the investments profitable. For this to be profitable and for the price of the ticket to be reduced in the long term, there would have to be a strong demand for tickets at this price. However, it is hard to imagine many people coming up with 250,000 $ for a trip of only a few minutes in space.

How are these companies exploring the universe financed?

The financing costs of companies that dream of making space a tourist destination are estimated in the billions of dollars. All of this money comes from the partners of these companies through a partner's current account. This partner account is recorded as a liability on the balance sheet of these companies.

Should you believe online casino reviews?

It is important to note that, apart from their partners, no other person or legal entity is authorized to lend to these groups. This is ensured by the legal regulations governing banking transactions.

It is not impossible to notice blocking of this account by banks. This is done on purpose, so that the partners spend a certain amount of money on the company for a certain period of time. However, people with a partners' current account do not have to worry too much. Unless the business is in extreme crisis, they can rest assured that they will be paid. 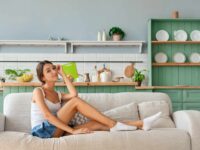 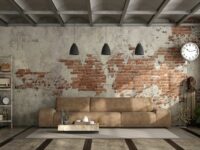 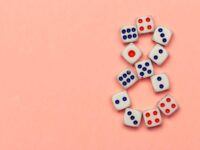 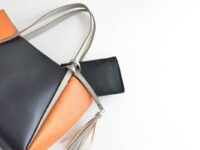 Some pleasures to find during a stopover in Havana