Burma, currently Myanmar, is an authentic Southeast Asian destination. This country is irrigated by beautiful and imposing rivers. This makes a river cruise a better way to discover all its wonders. Here are 5 reasons to go to the golden country.

Contrary to its neighbors, China and Thailand, Myanmar has only recently become interesting for travelers. The Burma cruise contributes to reveal to the world the charm and authenticity of this preserved country. The Irrawaddy, the Chindwin, the Salouen and the Mekong are all navigable rivers in some parts of its territory. Burma has picturesque natural landscapes open to all forms of adventure. Trekking, hot air ballooning, visiting monuments, staying with local people, culinary discovery... there are a thousand and one things to do in Burma. During your walks, you will not fail to discover some of its thousands of varieties of plants and animal species.

The countless Buddhist temples littering Burma have earned it the nickname of "golden country" or "country of a thousand pagodas". These architectural monuments are part of the attraction of the country. The most beautiful and spectacular of all is the Shwedagon pagoda. It is covered with 60 tons of pure gold. It is the number one spiritual center of Myanmar. The Burma cruise also invites you to discover other jewels of the country. There is the hill of pagodas of Mawlamyine. The Inle Lake and its fishermen with their original fishing methods. The U-Bein bridge, the longest wooden bridge in the world. The Golden Rock, a rock covered with gold leaf and topped with a stupa, balancing at an altitude of 1,200 meters.

Burma has 2000 km of coastline among which are paradisiacal beaches whose presence is sometimes unsuspected. The most famous one is Ngapali beach. There are also the white sand beaches of the Mergui Archipelago. Those who prefer wild and isolated places can go to Nabule or Ye. Maungmagan, Setse, Ka Byar Wa, NgweSaung, Dawei... the list is long, Burma is an ideal destination for idleness.

4. The friendliness of the population

The Burmese are famous for their smiles. They are friendly and welcoming people. Wherever you go, your smiles will be returned. If we had to give another nickname to Myanmar, it would be "the country of smiles". The exchange of cultures will be done quickly with this people who like to meet and share. Staying in a home is one of the best experiences to live in this country.

Burmese cuisine is the least known in Southeast Asia, but it is one of the most varied in the region. The richness of its culinary art is based on the different cultures that exert their influences. Indeed, Burmese dishes are influenced by the local ethnic cuisine, Chinese, Indian and Thai. Often, Asian cuisine rhymes with spices and chili. This is not the case in Burma where the ingredients used are much more refined. The national dish is Mohinga soup which you can taste in restaurants or streetfoods. If you want to taste the local cuisine, try the Burmese buffets where a wide variety of dishes are served.

Read   Leave for a unique stay in Brazil 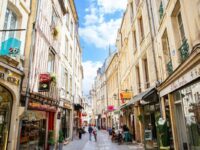 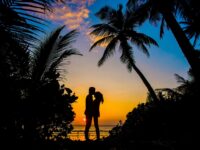