Are you a fan of beautiful landscapes and thrills? The world is full of breathtaking places where the adrenaline rush is guaranteed. From Norway to the farthest reaches of China, here is a selection of tourist sites that will satisfy you.

In Shaanxi province, Hua Mountain is one of the sacred mountains of China. Culminating at 2,154.9 meters above sea level, the mountain unveils a 1,000-meter high route dotted with vertical passes, steep slopes and wooden walkways suspended in the void.

Dominating the Californian valley of Yosemite, Half Dome is a huge granite massif of 2 693 m high. Its almost vertical walls in some places offer a playground of choice for climbing enthusiasts.

Located in the southwest of the Norwaythe Trolltunga is the ultimate stage of a hiking starting at more than 400 m above sea level. Translated as "the tongue of the troll", this rock formation appears as a diving board of a few hundred meters in height projecting above the lake Ringedalsvatnet.

Suspended a hundred meters above the void, this bridge is a beautiful way to discover the Swiss Alps. Named after the nearby glacier of the same name, this 170-meter long structure is accessible by gondola.

What do I need to do to get a visa for Kenya?

The hanging monastery of Xuankong, China

In the city of Datong in northeast China, this monastery fascinates by its particular situation. This architectural complex is indeed built on the vertical slopes of one of the Chinese sacred mountains above a river that flows 50 m below.

After about 2 hours of walking, Preikestolen offers an amazing panorama of its surroundings from its 604 m height. This cliff is to be included in the program of vacations in Norway passing in the southwest of the country.

The Cliffs of Moher, Ireland

Lining the west coast of Ireland for 8 km, these cliffs are one of the most visited Irish sites. They reach a height of about 215 m before plunging into the raging waters of the Atlantic. For the more adventurous, paths carved in the rock above the ocean have been set up.

In the state of Arizona, the Grand Canyon is a perpetual wonder for its visitors with its gorges that can go down to more than 1,400 m deep. The canyon can be discovered along the paths leading to some footbridges from which to admire the ochre and bewitching landscape of this immense site.

This small natural pool is located along the fault where Victoria Falls falls 100 meters below in an amazing roar. Swimming is recommended when the water flow is at its lowest in December and January.

The monasteries of Meteora, Greece

Just as impressive as the Athenian Pantheon, this tourist site is discovered in the north of the country. Meteora is a group of high rocky peaks shaped by wind and rain. On their top are perched some monasteries built from the 5th century.

How to make beautiful travel photos?
Share this article: 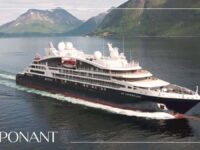 Online legal aid for entrepreneurs: in what cases and what steps to take?

Why should you outsource your telesecretariat?