Anti-bark collar : how does it work ?

Home " Practical life " Anti-bark collar : how does it work ?

Some dogs bark more than they should. It's easy to be labeled a noise polluter if you can't control your pet's barking. In such circumstances, the anti-bark collar is certainly the solution to this problem. This device can use electrical impulses, spray, ultrasound or vibrations depending on the model. How to acquire the one that best suits your dog? Before answering this question, here is how this revolutionary accessory works.

The anti-bark collar is a collar whose principle is to detect an annoying level of decibels emitted by the barking of a dog. When the threshold determined as disturbing is reached when the dog barks, the collar will simply emit an electrostatic signal that would not please the animal. It can also be a spray that emits an uncomfortable odor to the dog. Citronella is frequently used for this purpose.

The anti-bark collar is not primarily to punish your pet viciously. It is primarily a matter of getting your pet to admit that barking too much could make him uncomfortable. The result? The dog will avoid barking too loudly.

It is therefore a function based on dissuasion that the use of the anti-bark collar. This is not a torture process as some people would have you believe. That said, it is important to know that in order to choose such a collar, certain parameters must be taken into account; but first, you must know the different types of anti-bark collar found on the market.

4 types of collars are available on the market. Each of these types has its own way of working.

The anti-bark collar with electric impulses

This model works by electro-stimulation. The barking of the dog, when it becomes unwelcome, the sensor of the device sends by means of 2 diodes, a discharge in the muscles located in the neck of the animal. The discharge is weak and does not cause any pain, but it is sufficiently annoying for the dog to give up barking.

The anti-bark collar with electrical impulses is a model that facilitates the education of the animal. The instrument is adjustable. It is possible to make the discharge be sent only after a certain number of barks.

The anti-bark collar with ultrasonic use

This model is almost analogous to the one just presented. When the dog barks and reaches the threshold that we don't want it to exceed, instead of the discharge, it is ultrasounds that the sensor trigger sends to the animal. It should be noted that these sounds are not perceived by humans; the dog receives it and it makes him so uncomfortable that he stops barking. Here again, no pain is inflicted on the dog.

The ultrasonic anti-bark collar is generally compatible with most dogs. However, it is more reasonable to apply it only to a dog that lives alone in a family. Why is this? The dog is not the only animal sensitive to ultrasounds, and the use of the collar could disturb other animals.

The anti-bark collar for vibration use

This model, although less known, gives very good results. The anti-bark collar with vibration production is similar to the 2 previously described, from the operating point of view. Indeed, when the sensor of the device is triggered by the dog's barking, it makes the collar vibrate around the animal's neck. No pain is done to the dog, but the vibrations produce a surprise effect so sudden that the dog stops barking.

Are you thinking of leaving your job?

This model can be chosen for all profiles of dogs that are generally tolerant to this collar and for all sizes of dogs.

The anti-bark collar with spray use

This type of anti-bark collar works differently than the previous ones. What happens when the dog barks? A mist or spray is released with the scent of mustard or lemongrass. The animal is not in pain, but stops barking to avoid these odors that he does not like.

This is the preferred model for small dogs; large dogs and pooches are resistant to it.

Some information to choose the right anti-bark collar

For a dog that is small, old or has heart problems, electric pulses should be avoided. It is also reasonable to prefer a light model for the dog's comfort. If you have a dog that loves swimming, you should think about the waterproofness of the accessory. The battery-operated models are inexpensive, but you should make sure that you can find the right batteries if you need to change them regularly. And in any case, you should not wear the anti-bark collar to the dog when it is suffering. 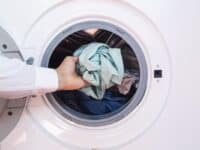 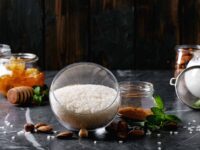 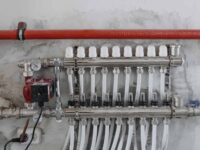 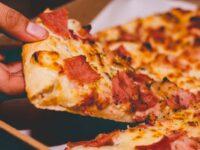 Don't know what an nft is? We explain it to you