Home " Practical life " Price of a bailiff's report : to make the inventory of fixtures

After signing the rental agreement and establishing real estate insurance between the two parties which are obviously the tenant and the ownerIf you are moving to a new location, there is one last formal step that must be taken before you move. It is to make the state of the art which is a mandatory procedure that must be completed at the beginning and end of the contractThis is in everyone's interest. If the report is established in the presence of the owner and the tenant, then it is a contradictory inventory of fixtures. If one of these members is absent for any reason, then the formality can be drawn up either by a bailiff or by a real estate agent depending on the case. Once the document has been prepared and signed, all that remains is to pay the amount which will vary according to the billing method followed, which is either free or according to an official regulated rate.

When should a bailiff be called in for an inventory of fixtures? 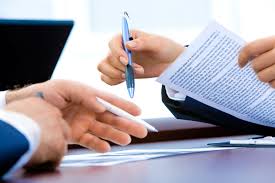 In the normal case, the inventory of fixtures is a procedure which will have to be accomplished with the presence of the tenant and the owner. However, if the owner refuses to be present on the day, he can delegate this task to his real estate agent who will do it for him. Thus, the real estate agent will have to summon the tenant and carry out the diagnosis with him in good conditions. Even in this case, it will be called a contradictory inventory of fixtures since it is established between the tenant himself and an official representative of the owner. However, it is possible to call upon a sworn professional who will carry out the task in a more partial and objective way and guaranteed by the jurisdiction which is the judicial officer. In this way, even the tenant will be able to be absent on the day the contract is drawn up, thus totally trusting the partiality of this specialist. It is also advisable or even obligatory to use the service and professionalism of the bailiff in case of conflict on the contradictory inventory of fixtures, who will take care of finding the fairest possible solution in a regulated manner.

What precautions should I take before starting tree pruning?

To draw up a document proving the state of the premises at the entry and the exit of housing by the tenant is a compulsory procedure set up by the state to evaluate the importance of the degradations undergone by the housing and caused by the tenant. Apart from any disagreement, this formality has nothing to do with the missions of public service accomplished by a judicial officer within the framework of his activities. In this case, the prices charged in normal times are entirely up to the free will of the latter who will make his pricing as he sees fit, provided that he respects the law of the market. On the other hand, it should be specified that this price also depends on several factors which are:

Thus, we will note that the minimum price that it will be necessary to disburse for an inventory of fixtures carried out by a bailiff is 150 euros, and for more precisions you will have only to make a request for a detailed estimate before taking your decision.

If the inventory of fixtures is done without any problems or encumbrances encountered during the procedure on either side, then the contradictory document produced is simply approved. If, on the other hand, a conflict arises before the completion of the task, then the intervention of a judicial officer is required, whose main objective would be to provide impartial evidence to get out of the crisis within the framework of his duties as a ministerial officer. This statute also defines the regulation of the operation, which will be priced by a decree. Thus, the judicial officer will have to convene the two parties concerned at least seven days before the date retained for the realization of the inventory of fixtures and to inform them of the prices practiced according to the surface and the localization of the housing in question. In this case, for a surface of 50 m² we will have a tariffing of 132,56 €, for a housing between 50 and 150 m² you will have to disburse in the 154,44€, and finally for of more than 150 m² you will have to pay 231,66€. In addition, there are several other additional costs which are the following:

The inventory of fixtures is a compulsory operation which does not only concern the annual rental of a dwelling but also a seasonal rental or commercial premises. In both cases, if there is no conflict between the landlord and the tenant, then the rates charged are also under the order of the bailiff who will deliver an estimate according to the characteristics of the property to rent. 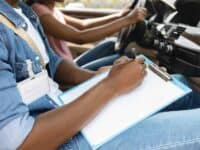 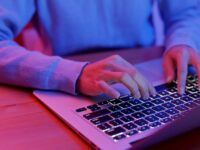 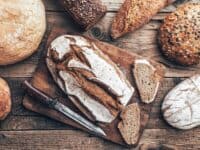 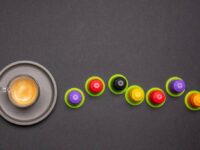 What is the price of the 307 starter?

What is a unicorn kigurumi for children?